School districts nationwide are feeling similar challenges as the rest of the U.S. marketplace. Covid-19 restrictions combined with the rise in retirement income options are causing older workers with the most institutional knowledge of their organizations to leave the workforce in droves. The financial consequences of losing these people can be catastrophic to a school district.

This is adding to the crisis in education circles as some of the highest qualified teachers, administrators, and technology experts are leaving school districts up in the air with much fewer qualified replacement options in just the past two years. More specifically, in the area of school district data management – which includes people who do state reporting, data-driven reporting and tracking categories like free-and-reduced meal programs – this particular loss of staff and their institutional knowledge will eventually turn into a loss of funding for districts if counteractions are not soon put in place.

Throughout 2021, school district staff have announced that they are leaving their technology and data positions, at a high rate never seen before. A large percentage of these district workers have been in those positions since they were created during the mid-1990s when schools began adding computers. Now districts are 100% dependent on their complex data systems, not only for the education of their students but also for the state and federal reporting that determines each district’s funding.

“Level Data works with about 10% of the districts in the country and we know of hundreds of these positions changing within our customer base,” said Matt Betts, president of Level Data. “At scale, the impact will have a profound effect across the country. These are very hard-working folks who have been doing these data-focused jobs for a long time and are now saying, ‘it’s not worth it. I’ve got enough years of service in, I can retire now, without risking my health or getting sick.’ They are also very conflicted about leaving, with most wanting to do what they can to prepare the districts for when they are gone but there is simply not enough time and/or resources to make the transition seamless.”

Level Data is a software provider that helps school districts across the nation maintain the highest quality data, so it can be used for error-free state reporting submissions.  In addition to driving funding, quality data allows educators to trust the accuracy of the multitude of reports required for advancing instruction and operational efficiency. District leaders need to focus more time on what really matters – educating students.

“Much of it is Covid-19 driven and the new world we live in is changing people’s perspective,” Betts added. “These are not entry-level positions that are turning over. These are individuals with years and years of knowledge and experience that will be very difficult to replace. These roles have been filled by people who have been in the seats for a long time, and it will leave this enormous gap in each school district while they try to figure out how to be successful in state reporting, actually, data management in general.”

Oxford (Michigan) Public Schools Superintendent Tim Throne, who this past summer announced his own retirement for the end of 2021, agreed with such observations. As a former director of technology for the same school district, he said the time to prepare for such institutional knowledge losses was ‘yesterday.’

I just think Level Data is uniquely positioned to help districts, because of what they do.

“There was a tightening of the job market before Covid-19, but Covid put things on supersonic speed,” Throne said, adding a specific message to school districts far and wide: “Instead of having a ‘sole owner’ of certain applications or the use of it, they need to try to divvy that up and spread that responsibility, the implementation of those things, across multiple people, instead of just one person (running it all).”

He said to avoid having one gatekeeper access to all the data.

“Multiple people need to provide input, own the processes, own the data, be trained,” Throne said. “It’s not only going to create a better culture for the district professionally growing, but it’s also going to be better for the staff too.

“I just think Level Data is uniquely positioned to help districts, because of what they do,” Throne continued. “It’s not just a product but it’s process improvement, positively changing the way schools do business. And because of that, it’s another opportunity for school districts to set themselves apart and be able to attract and retain employees, whether it's teachers, admin, tech people, PowerSchool users. It’s all good.”

It’s not just a product but it’s process improvement, positively changing the way schools do business. And because of that, it’s another opportunity for school districts to set themselves apart and be able to attract and retain employees, whether it's teachers, admin, tech people, PowerSchool users. It’s all good.

Level Data’s offerings to districts such as State Data Validation Suite (SDVS), Mass Data Validation, RealTime Reports (RTR), Mapping services, and more options, are built for intuitive ease of use for the average school registrar, data analyst, student counselor, building principals and others to track and utilize data with no more difficulty than shopping online.

According to November 2021 information supplied by Pew Research Center, between 2008 and 2019, the retired population ages 55 and older grew by about 1 million retirees per year. In the past two years, the ranks of retirees 55 and older have grown by 3.5 million.

At HigherEdJobs.com, New Mexico State University Assistant Vice President of Human Resources Dr. Andrew M. Peña, wrote about institutional knowledge losses, and how to deal with it, as far back as 2013. He cited 2006 research in the electric power industry where ‘the researcher offered several ways by which knowledge could be transferred. These included observation of work units, employee communications, review or work processes, finding other ways to get the work done, and adopting technology. These methods are but a few that an organization could utilize in the retention of knowledge.’

Dan Ralyea, Director of the South Carolina Department of Education’s Office of Research Data Analysis, said the phenomenon of school districts losing tech directors and other data management and state reporting-type personnel is very real, to the tune of he sees it happening on a near-daily basis.

He agrees with current tech directors who say they don’t feel all that guilty leaving their district with armloads of institutional knowledge because Level Data’s technology integrations with PowerSchool will take care of the people left behind.  Level Data is so easy to use that just having one gatekeeper moving forward can be avoided. Multiple school district staff like registrars, school counselors, principals, district admin, and others can use Level Data’s easy functions.

“But what Level Data really brings is a relationship, an understanding of the wants and needs – and the ability to mentor and foster those relationships so that as those transitions happen, Level Data can help walk people through them,” Ralyea said. “Having a history of a strategic partnership with Level Data, not only did they make the load easier, and improve the data quality, but they are there to support the new people coming in (to the district or new job change).”

“The scope of services that Level Data offers helps make those transitions much easier.” 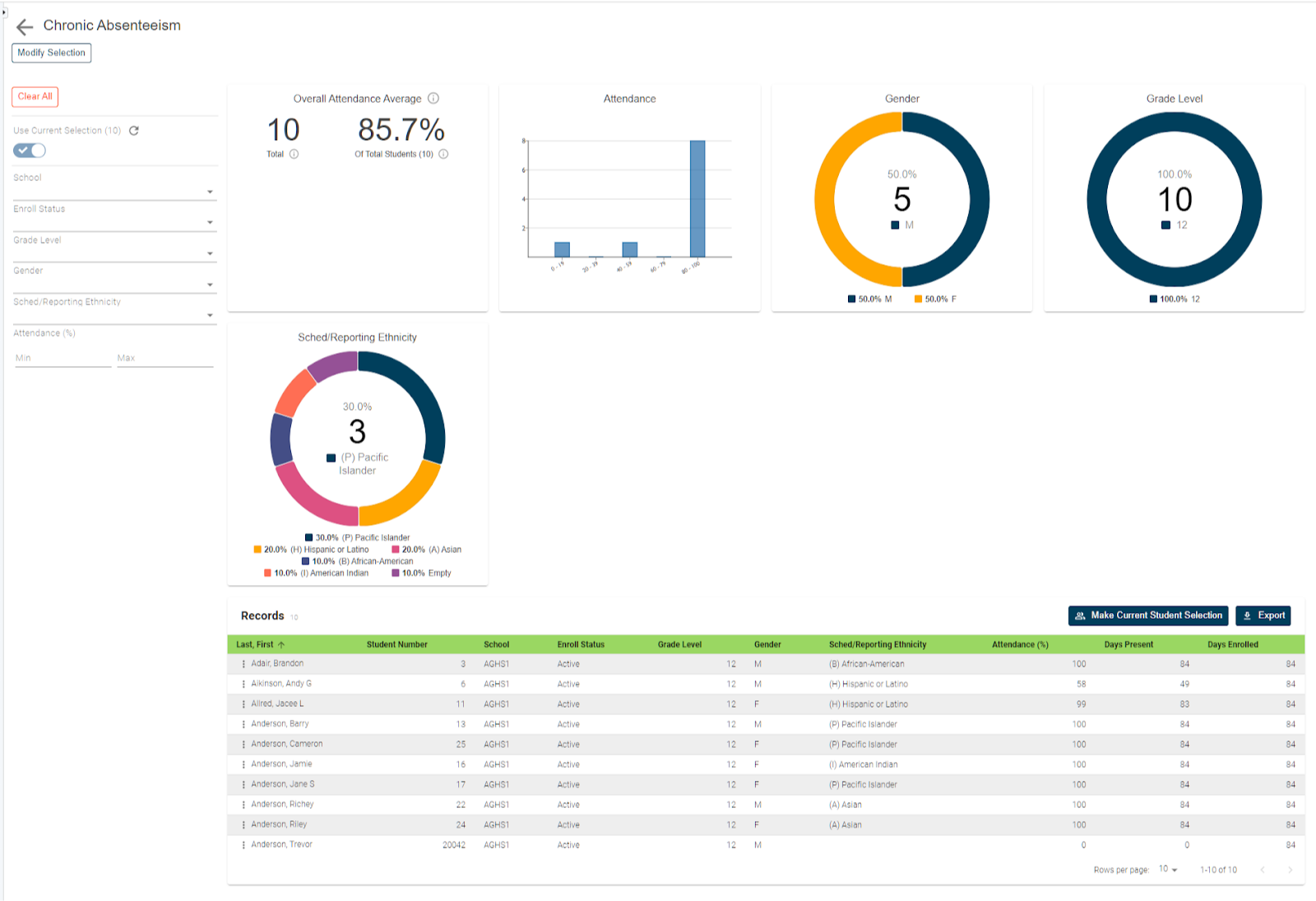 How to Calculate ADA/ADM - Chronic Absenteeism in PowerSchool